Dear Children! Remember - for I am telling you that love will win. I know that many of you are losing hope because around you, you see suffering, pain, jealousy, envy... But, I am your mother. I am in the Kingdom but am also here with you. My Son is sending me anew to help you. Therefore, do not lose hope, instead, follow me - because the victory of my heart is in the name of God. My beloved Son is thinking of you as He has always thought of you. Believe Him and live Him. He is the Life of the world. My children, to live my Son means to live the Gospel. This is not easy. This means love, forgiveness and sacrifice. This purifies and it opens the Kingdom. Sincere prayer, which is not only words but is a prayer which the heart speaks, will help you. Likewise fasting (will help you), because it is still more of love, forgiveness and sacrifice. Therefore, do not lose hope but follow me. I am imploring you anew to pray for your shepherds so that they may always look to my Son who was the first Shepherd of the world and whose family was the entire world. Thank you!
Posted by Medjugorje Calling at 10:42 No comments: 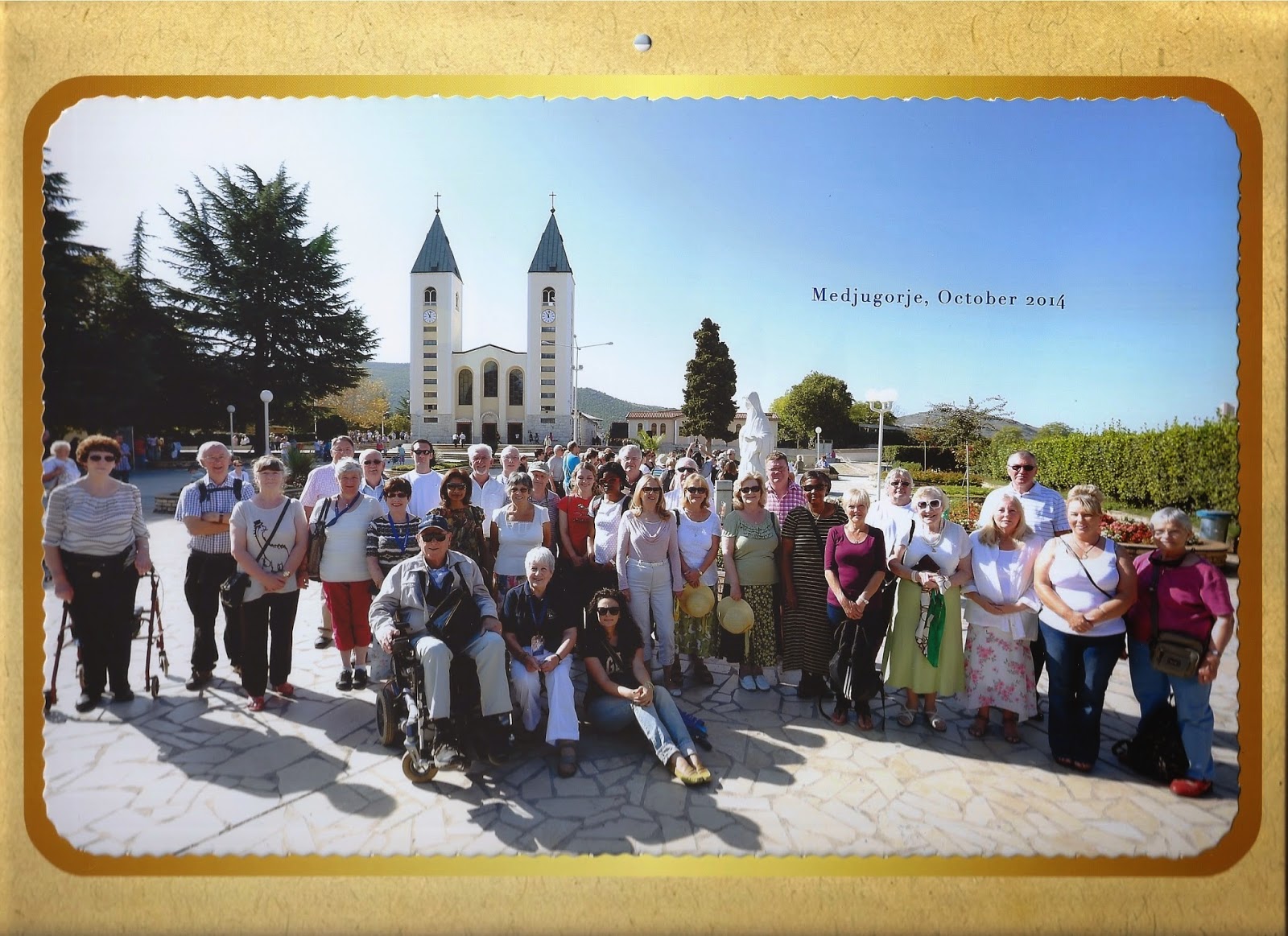 Posted by Medjugorje Calling at 11:32 No comments:

The story is told of a certain minister who was disturbed to see a shabby old man go into his church at noon every day and come out again after a few minutes. What could he be doing?

​ ​
He informed the caretaker and bade him question the old man. After all the place contained valuable furnishings.

​ ​
`I go to pray,' the old man said in reply to the caretaker's questioning.

​ ​
`Well, you see,' the shabby old man went on, `I cannot pray a long prayer, but every day at twelve o'clock I just comes and says, "Jesus, it's Jim" and waits a minute and then comes away. It's just a little prayer, but I guess He hears me.'

​ ​
When Jim was injured some time later and taken to hospital, he had a wonderful influence in the ward. Grumbling patients became cheerful and often the ward would ring with laughter.

​ ​
`Well, Jim,' said the sister to him one day, `the men say you are responsible for this change in the ward. They say you are always happy.'

​ ​
`Your visitor?' The sister was puzzled. She always noticed that Jim's chair was empty on visiting days, for he was a lonely old man, with no relations.

​ ​
Every day,' Jim replied, the light in his eyes growing brighter. 'Yes, every day at twelve o'clock He comes and stands at the foot of my bed.


The annual pilgrimage in honour of Our Lady Queen of Peace took place again this year in the beautiful surroundings of Aylesford Priory. The event was well attended - about 300 people roughly. The Carmelite Friars, led by Fr. Brendan, welcomed us warmly and led us in a day of celebration and reflection which was both uplifting and spiritually refreshing. Fr Cyril Edamana, a Salesian priest, gave an inspiring talk full of energy and insight into the seven sorrows of Mary on her journey as the Mother of Christ. The weather just about behaved itself for the day but just as a precaution Mass was held inside in the main in chapel and everyone just about managed to squeeze in with the help of extra chairs and benches crammed into all parts of the church. There was a great atmosphere on the day. If you didn't make it then look out for it next year.
Posted by Medjugorje Calling at 02:42 No comments:

Ordinary people’s not so ordinary experiences in Medjugorje are at the forefront of MaryTV’s new bi-weekly show. “We would like to make the incredible fruits of what Our Lady is accomplishing in Medjugorje available to the public worldwide” MaryTV states before the debut on Monday.

Preparations in MaryTV’s US studio in South Bend, IN
Medjugorje gets an online tv show devoted to showing forth the fruits of 31 years of apparitions. Debuting on July 16 at 8 pm EST, MaryTV zooms in on personal testimonies with “Fruit of Medjugorje”, to be aired every Monday and Thursday.
Most of the programme will be filmed in Medjugorje, with the exception of some testimonies given at Medjugorje conferences and at MaryTV’s studio in the US. Many accounts have been captured on location.
“We would like to make the incredible fruits of what Our Lady is accomplishing in Medjugorje available to the public worldwide, in a consumable, accessible format.The programme will usually be close to an hour, sometimes more, sometimes less. Because we are streaming on the internet, we don’t have conventional time restraints” editor Michael Nolan tells Medjugorje Today.

Michael Nolan
“The conception of this show really came from the Holy Spirit! We have collected quite a few testimonies and interviews, and needed a format for spreading them. It took the inspiration of the Holy Spirit to connect the dots through prayer.”
It has not been decided if the show will feature Medjugorje visionaries, too. But Michael Nolan tells that MaryTV has “several interviews with them that can be incorporated.”
The opening programme features the physician couple Joe and Sheila Kuzmic who traveled to Medjugorje during the civil war of 1992-95, to help with the treatment of refugees.
“Of course, Our Lady quickly took them under her mantle.  They met in Medugorje, were married soon after, and have built a family in the spirituality of the messages of Our Lady of Medjugorje” MaryTV editor Michael Nolan tells.

Cathy and Denis Nolan, message commentator and president of MaryTV
“It has come at great cost to them materially, professionally.  But they are filled with zeal, enthusiasm, and joy as they recount the incredible blessings and conversion they have received through the Queen of Peace in Medjugorje”.
“The second half of the opening program is a friend of the Kuzmics, who has also received both spiritual and physical blessings through Medjugorje” Michael Nolan announces.
Article written by Jakob Marschner in Medjugorje Today http://www.medjugorjetoday.tv/6333/new-web-tv-show-on-medjugorjes-fruits/
Posted by Medjugorje Calling at 04:34 No comments:

Courtesy of Marytv
Posted by Medjugorje Calling at 04:30 No comments:

Fr Leon Pereira OP is the chaplain to English speaking pilgrims in Medjugorje. During his upcoming visit to the UK he will be celebrating ...

Medjugorje Calling
United Kingdom
We are a non-profit organisation promoting and supporting the establishment of Medjugorje Prayer Groups in homes and parishes in response to Our Lady's call to "Pray, pray, pray".